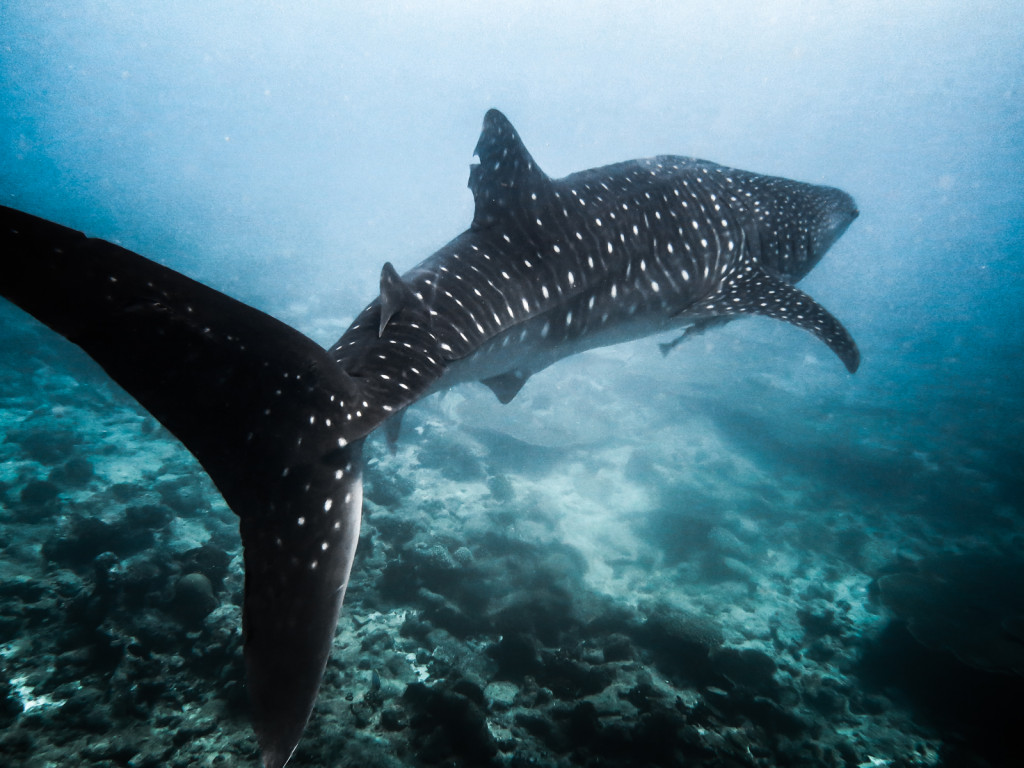 So we were off to the Maldives for the second time in a little more than a year. This time we chose februari, and went deeper south hoping to catch a glimpse of our oceans gentle giants…Yes, close encounters with Manta’s and Whale Sharks. That’s on our menu. Can we have a variation of smaller rays and sharks for dessert please? Thank you. This trip turned out to be everything we hoped for and more. The weather was terrific, the water was a swimsuit friendly 29°C, and the crew and dive guides were amazing! 37 dives later all the boxes were ticked, and the marine life deep down in the Indian Ocean made a deep and ever lasting impression on all of us. 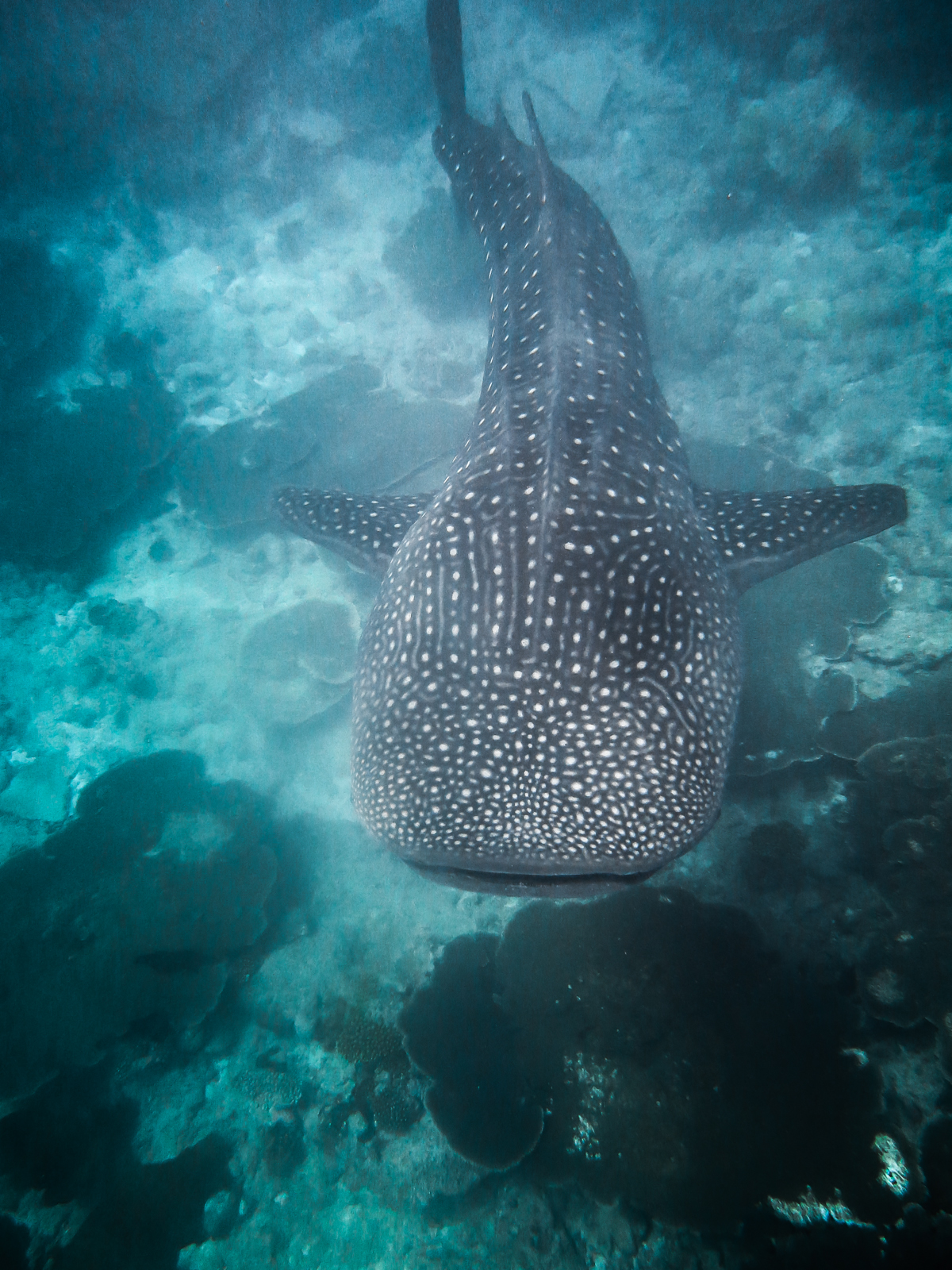 This slow moving, gentle mastodont can get as big as 14 metres and can weigh up to 20 tons. They can engulf 6 tonnes of water in a single gulp! Adults are solitary, and lucky for us, often curious towards divers. Being under water, eye to eye with this magnificent creature is a breathtaking and humbling experience. Just wow! 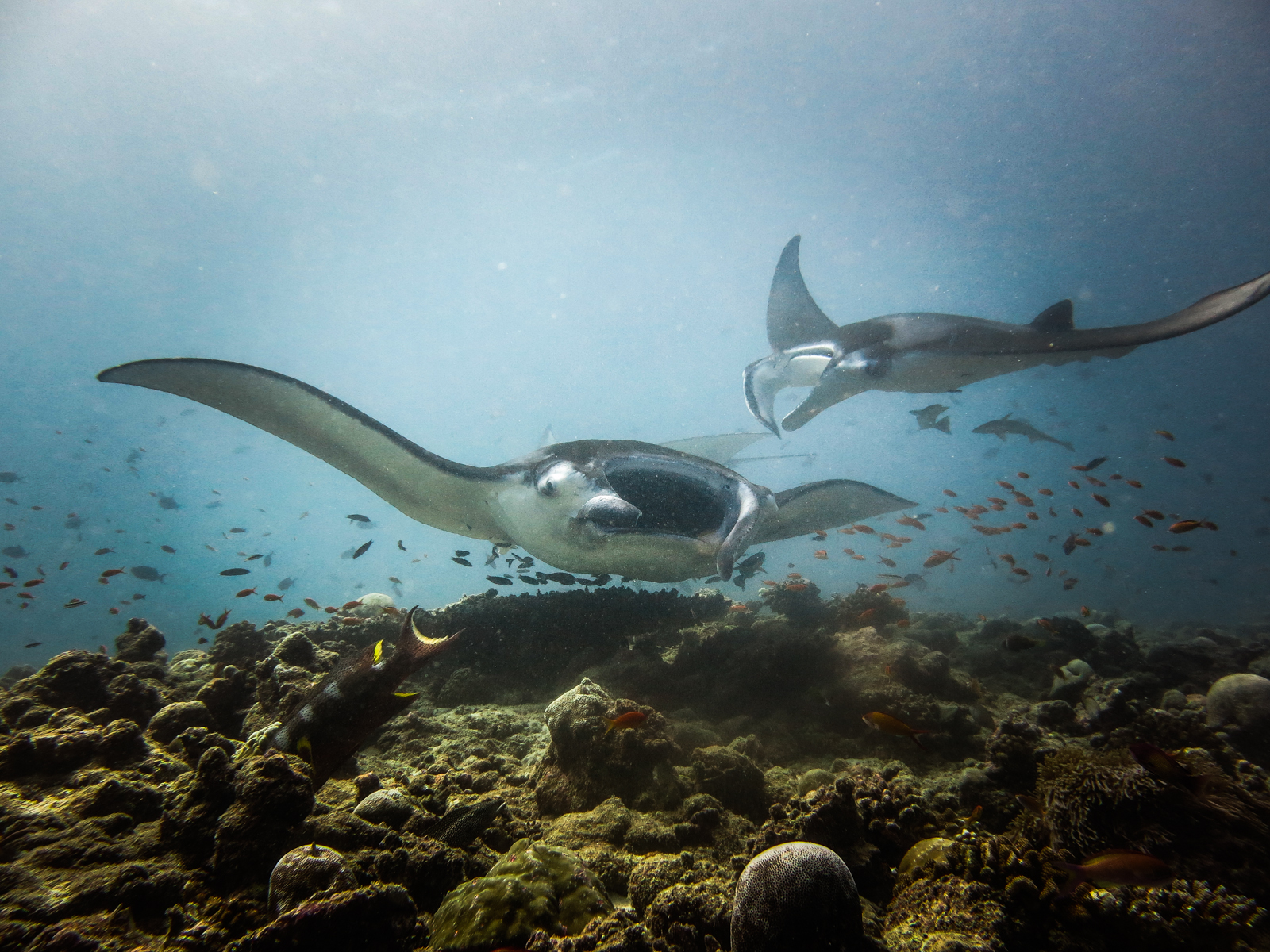 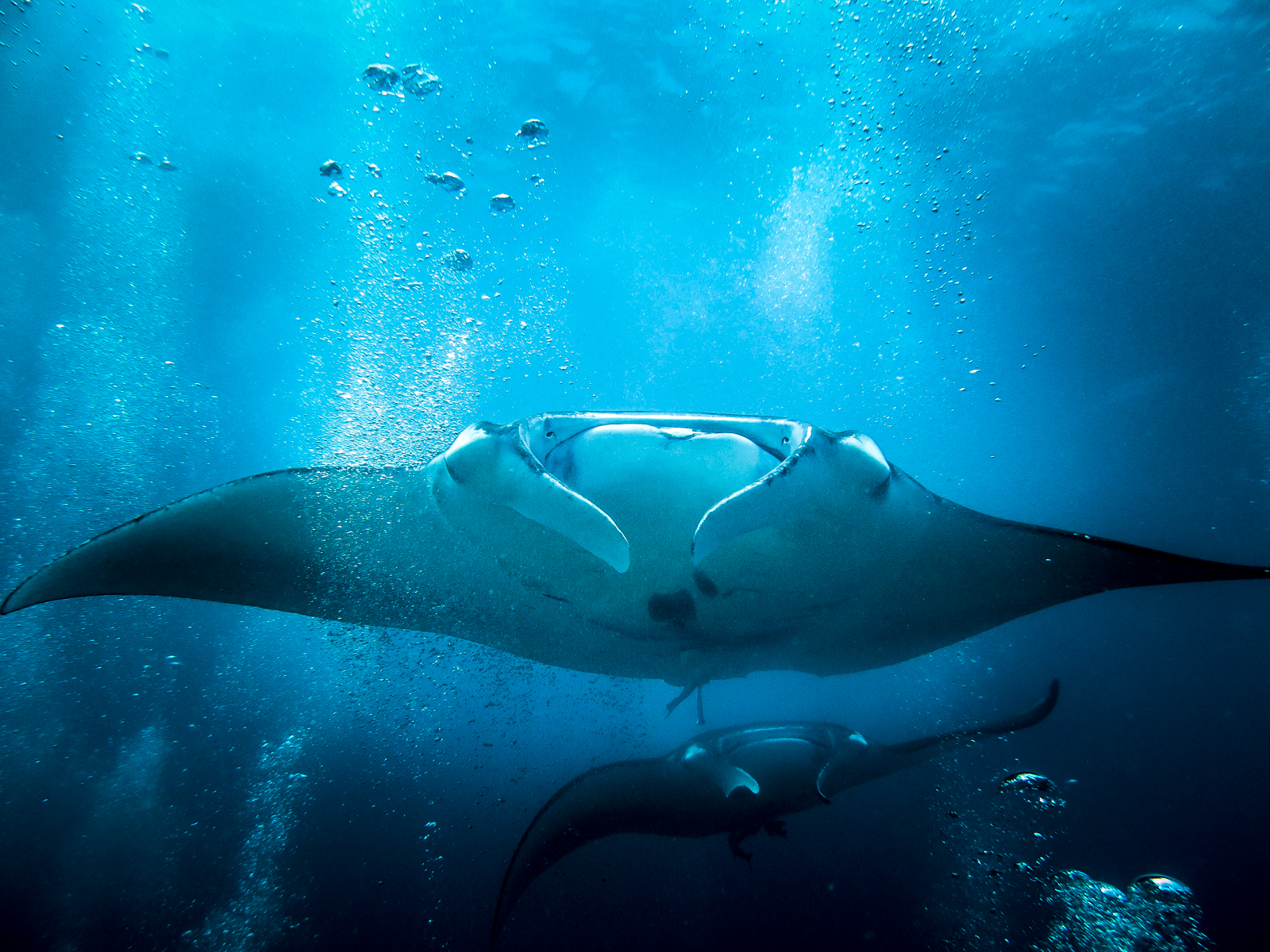 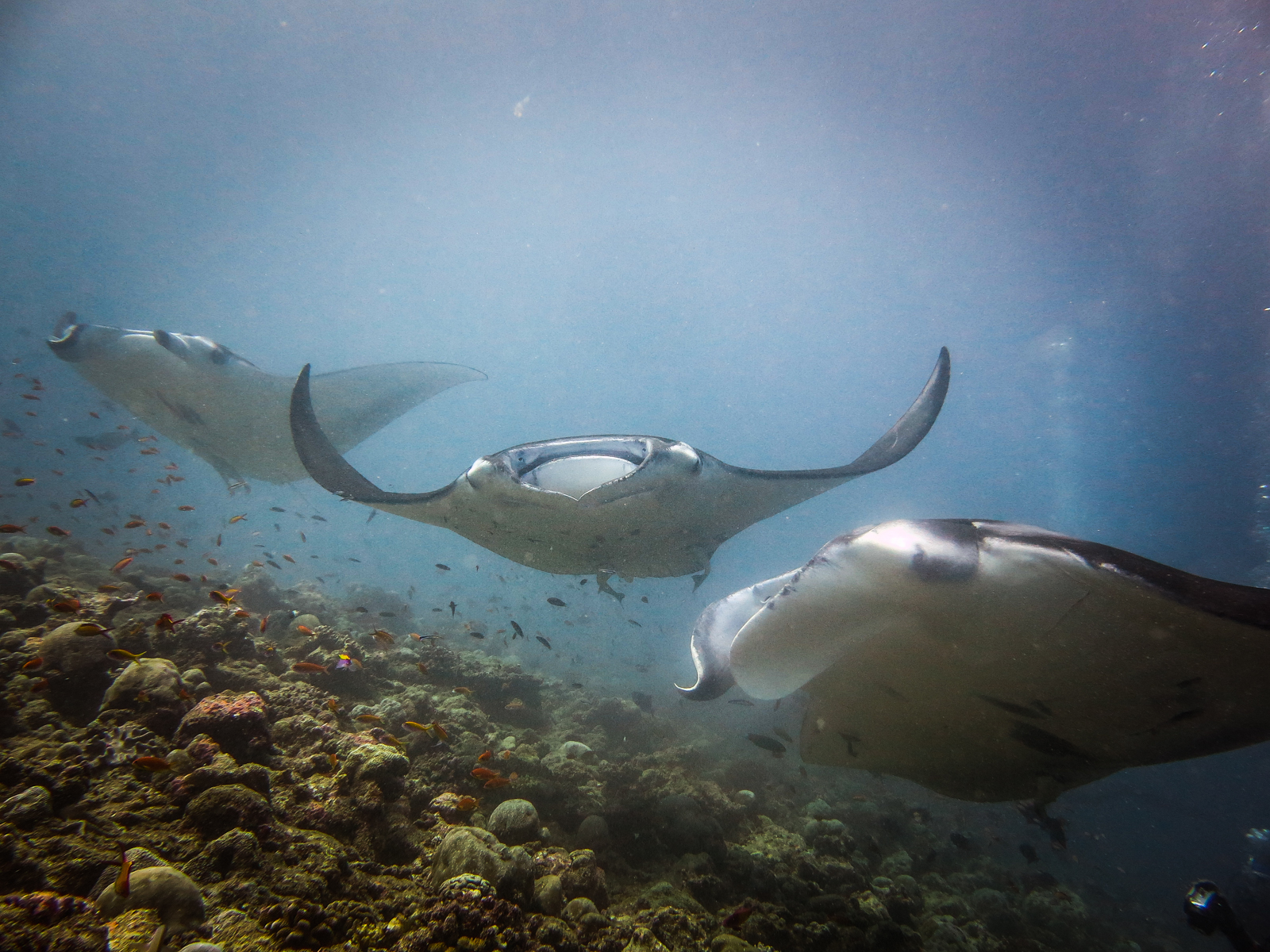 Another harmless giant that makes you feel so privileged when you are amongst them. They can have a wing span of up to 7 meters and weigh up to 1,5 tonnes. Even tough they weigh as much as an average family car, they perform beautiful somersaults and other graceful manoeuvres. On one dive a playful Manta kept somersaulting right in front of us. Not once, but dozens of times, rubbing his giant belly against my forehead in the process. Needless to say, that made my day! 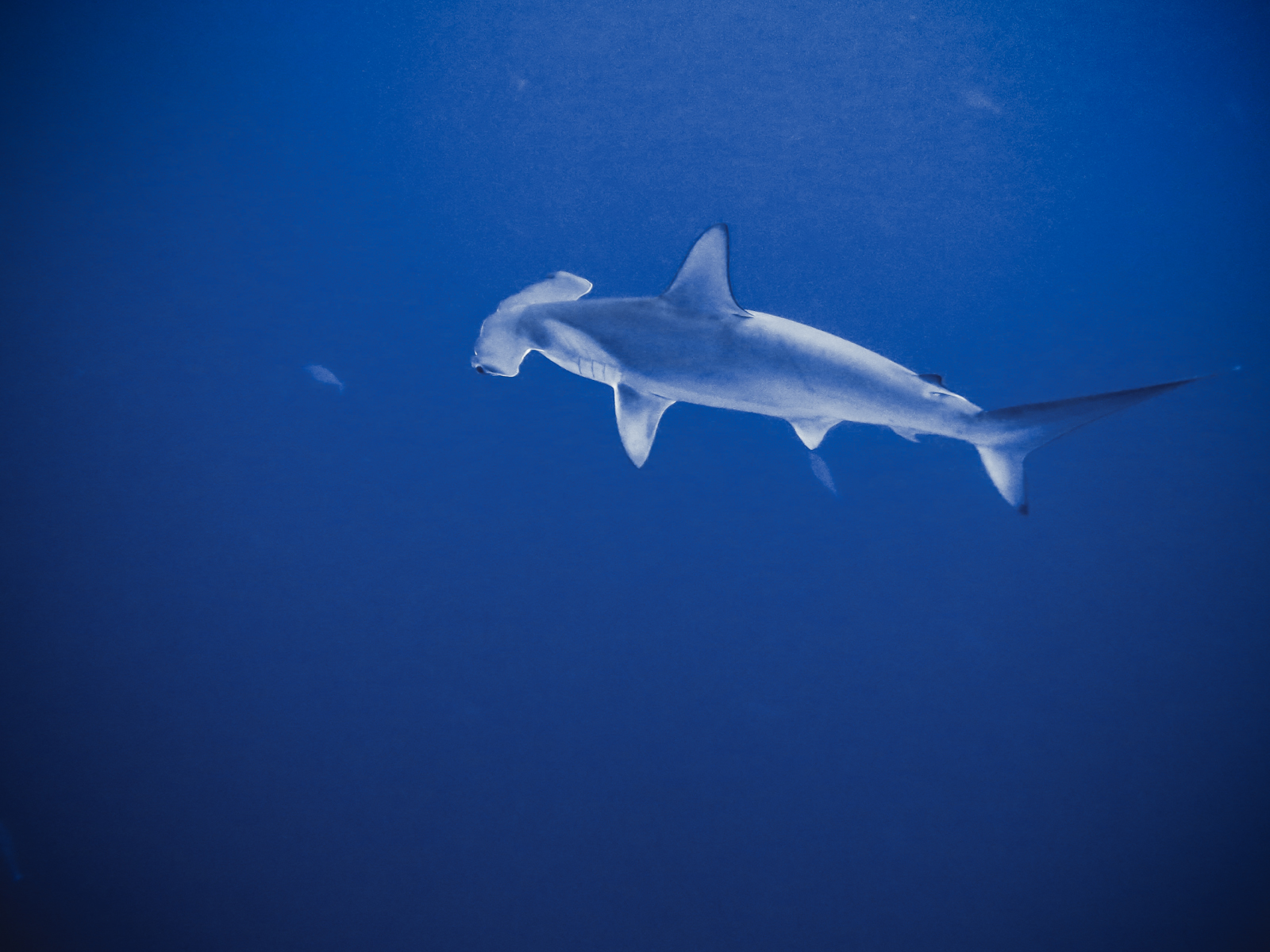 Diving for hammerheads is always a more adventurous undertaking. First of all you have to be in the blue at 30+ meters depth with no visual reference such as a reef or sea bottom. So you better watch your instruments. Secondly, they are not as friendly as a Whale Shark or a Manta. But like most animals under water they are non-aggressive unless stimulated. They can however display threath posture before retrating, which can be a little daunting at 30 meters below the surface.  Hammerheads live deep, below the thermocline, and when this 4 meter long shark emerges out of the dark from under you, it’s a real treat! 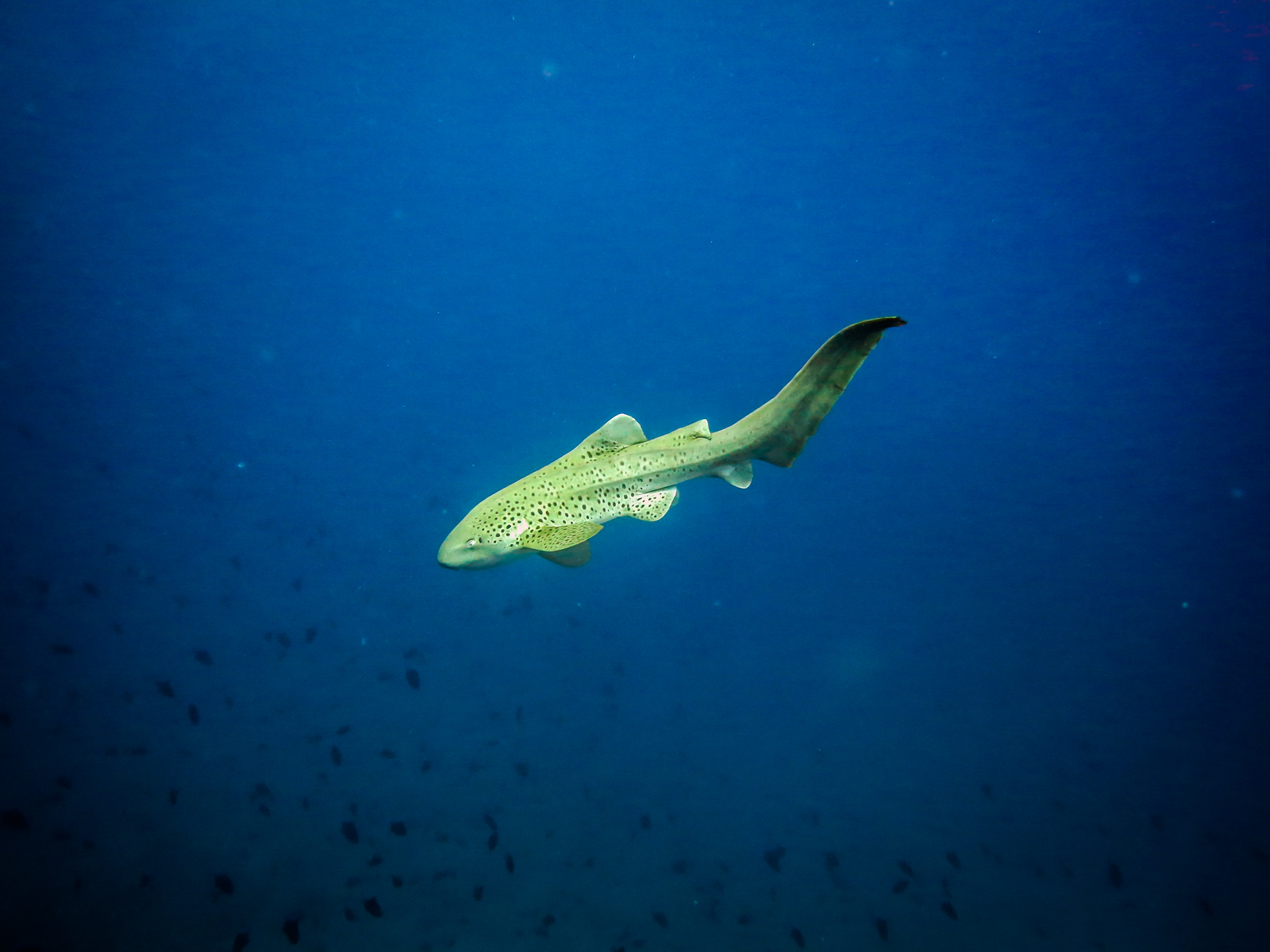 You have to be a little lucky to encounter this not so common, but beautiful shark. This 2,8 meter long beauty has a very long tail and a fantastic “print”. They are usually very shy, but this one was kind enough to pose for me! Fab! 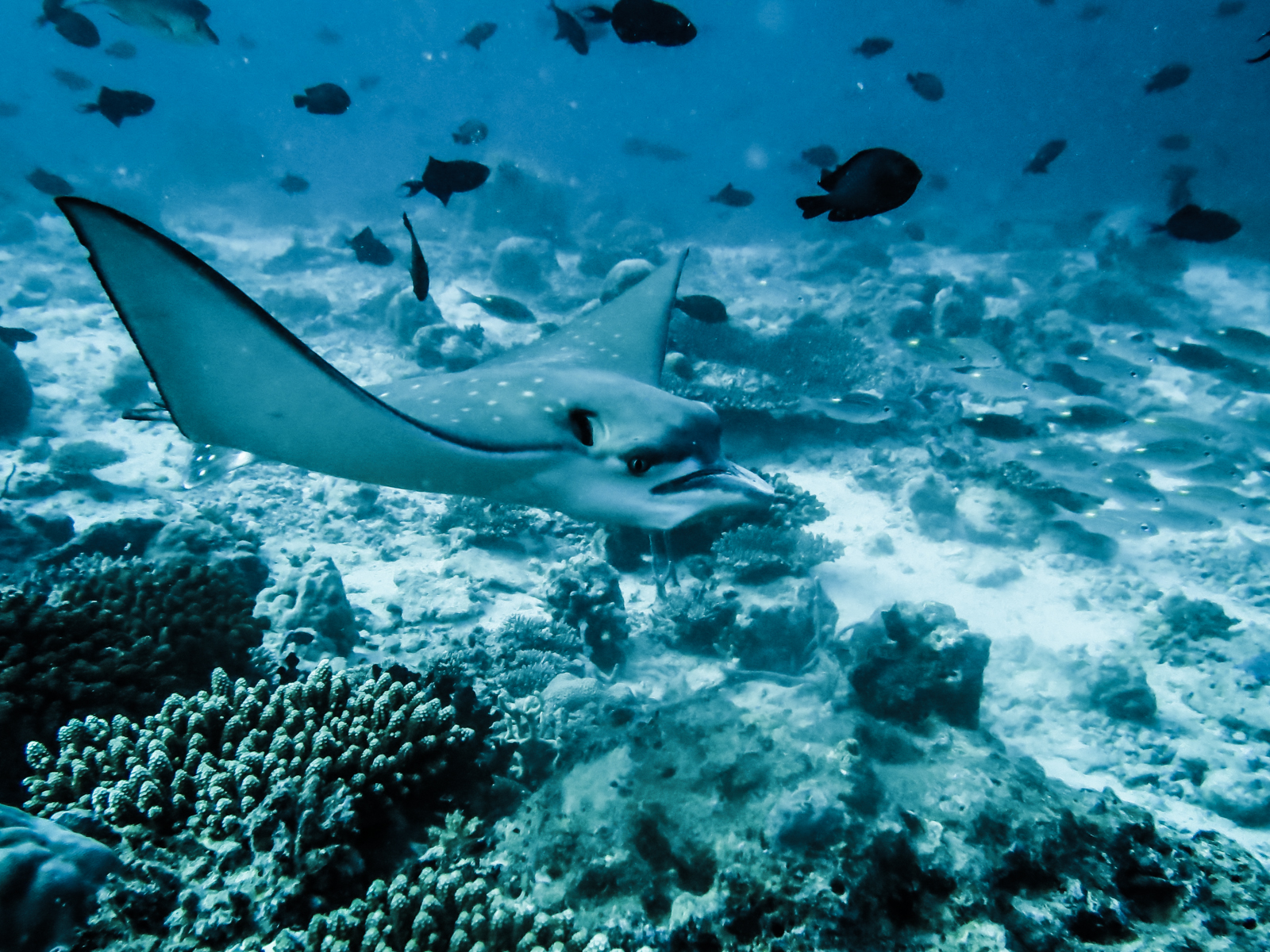 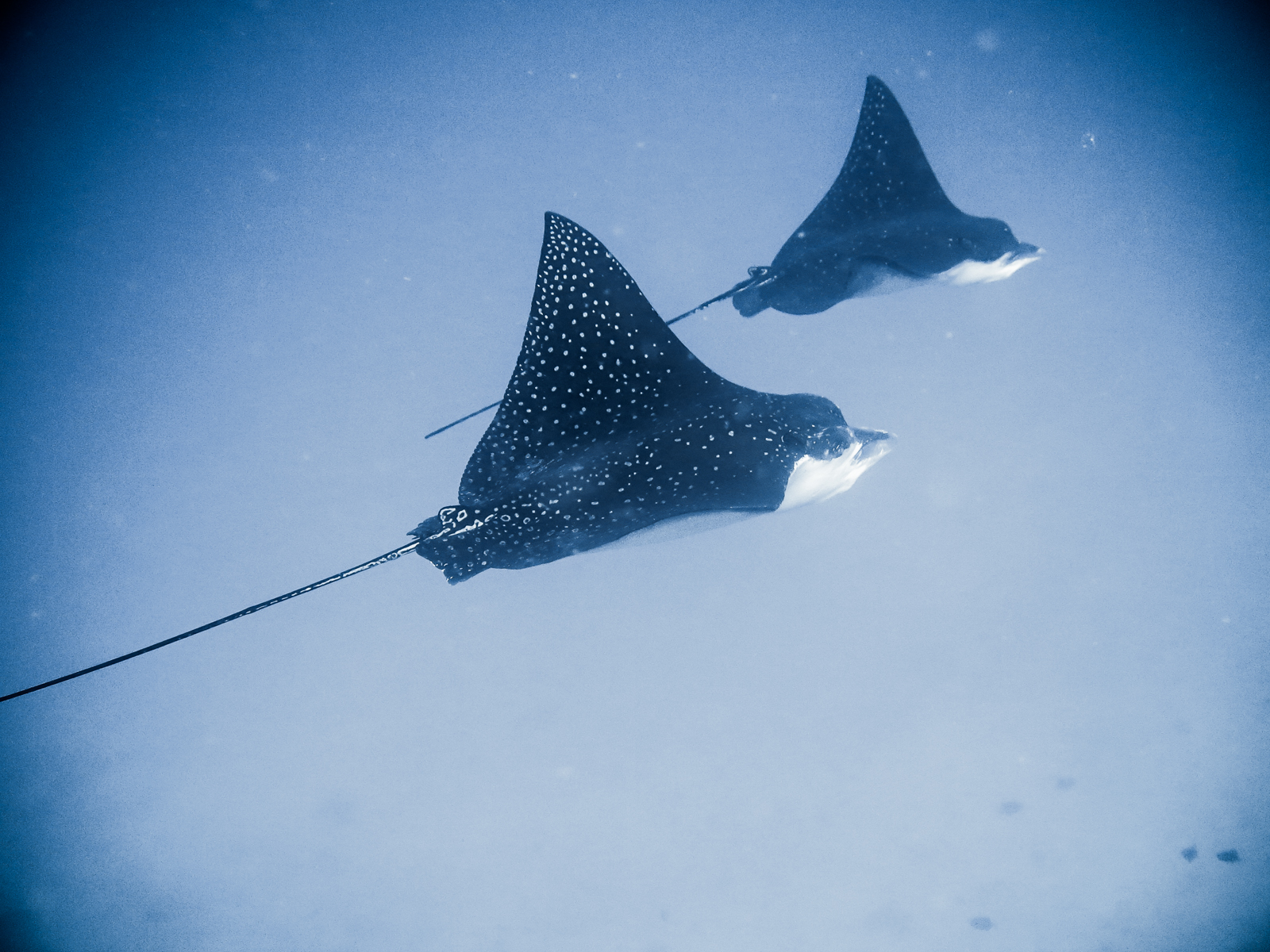 Not a giant, but with a wing span of up to 2,3 meters not exactly small either. They are however gracious and have a very gentle face. The are timid, but wouldn’t you if you were a sharks favourite dinner? 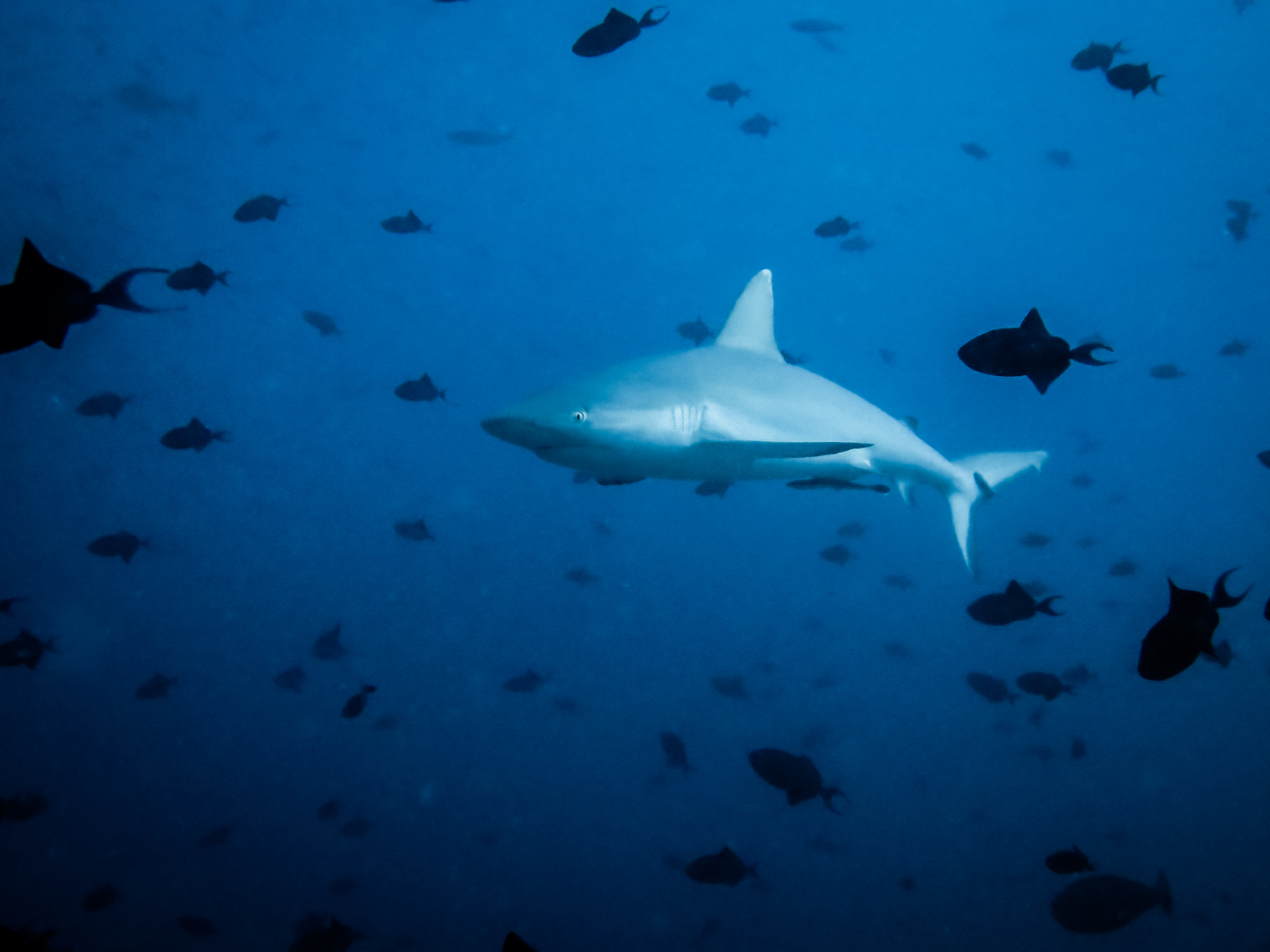 This is a pretty common shark, with a typical shape. This 1,8 meter long animal can be dangerous for humans, but the attacks are territorial and usually a single, non-fatal bite following threat-posturing. That’s not so bad then…I like them.

GEAR: All the pictures were taken with my trusty Canon G15 with Canon underwater housing. No flash.

Into the heart of Borneo. Fauna

Into the heart of Borneo. Landscapes
Scroll to top