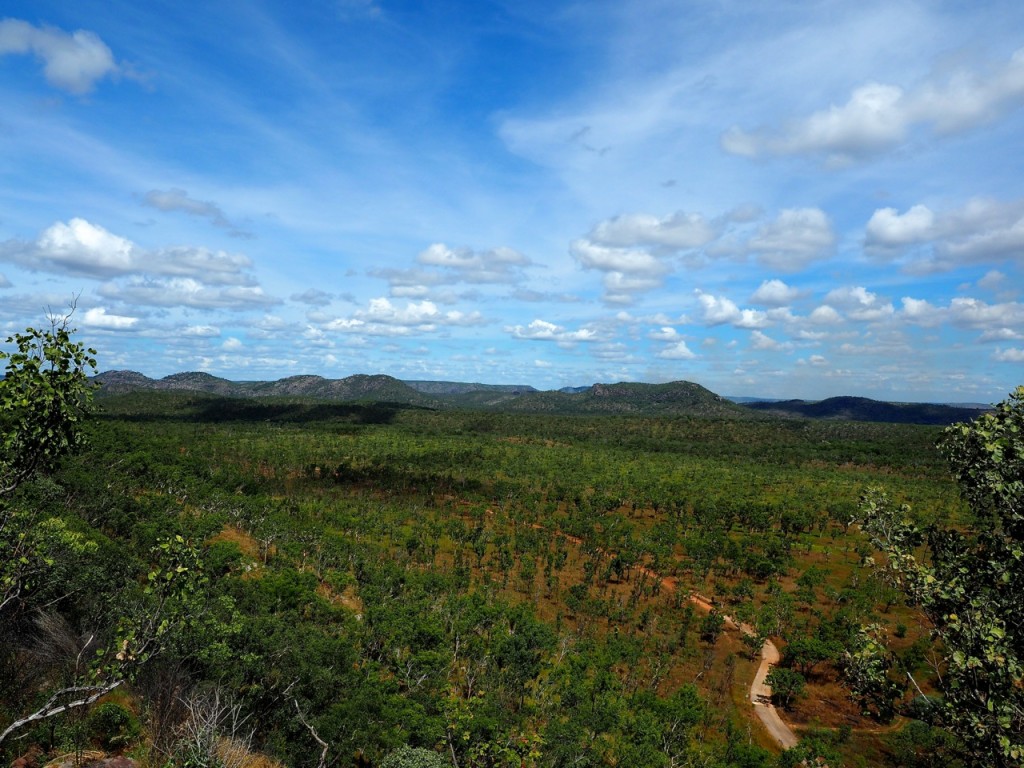 This trip we headed out to a lesser visited area of Australia, the Northern Territories is the least populated region. Just the way we like it. Cattle-stations, gigantic Mango Tree plantations and a lot of space. it’s also aboriginal country. Our plan was to hire a 4×4 vehicle with a rooftop tent and go camping in national parks. We rented the most reliable and best known expedition vehicle in the world: a 1994 Toyota Landcruiser V8 4500cc. Australia is the most 4×4 friendly country in the world.  Everybody drives a fully equipped off-road vehicle. As the distances between villages can easily be a few 100 kilometers everybody carries at least 2 extra tyres and basic survival equipment. 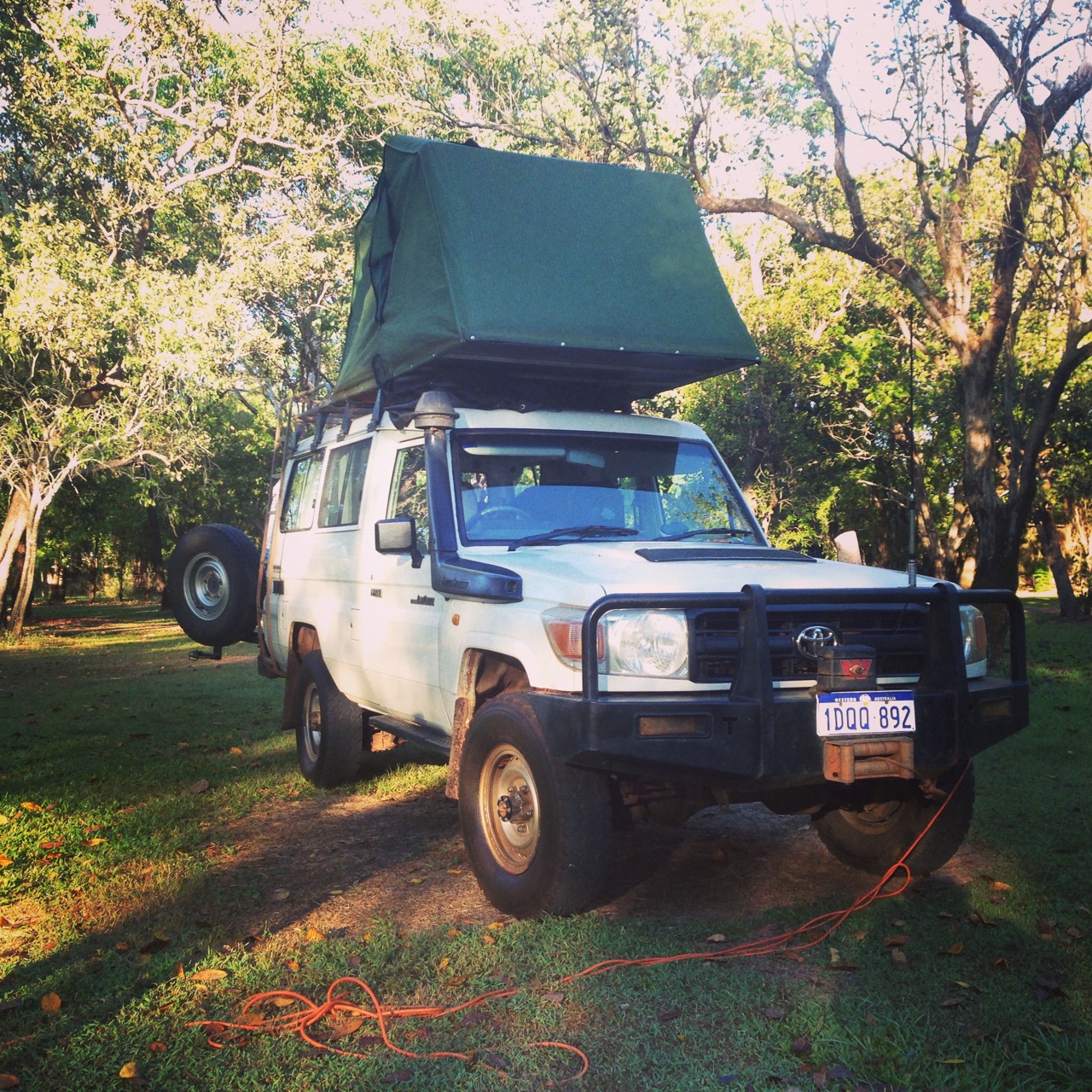 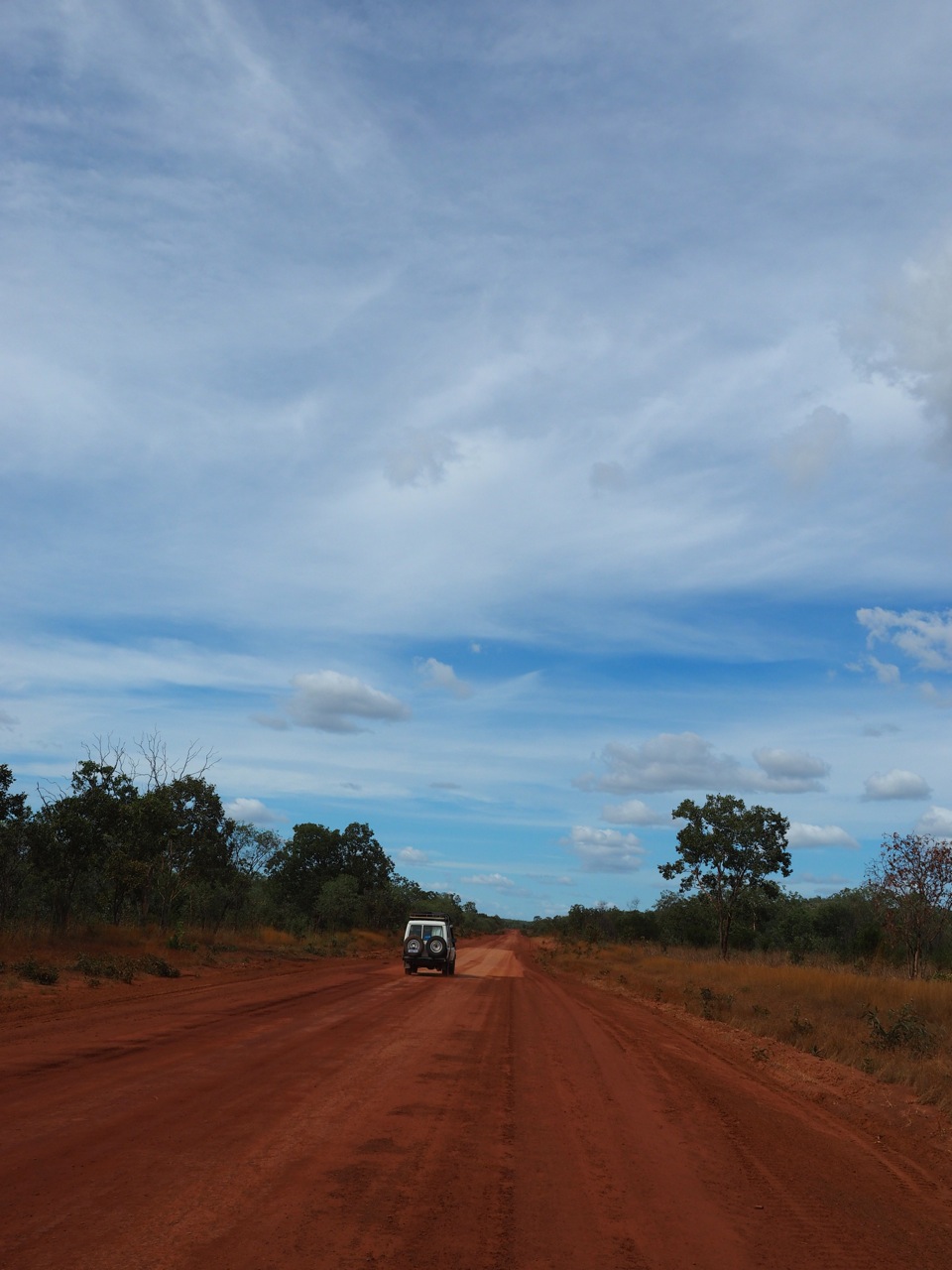 As we leave the capital Darwin the first thing that strikes us is the heat! A very intense climate to go camping, so we carry more than enough water.

First destination is Kakadu National park, famous for its wetlands and wildlife. They are indeed beautiful. 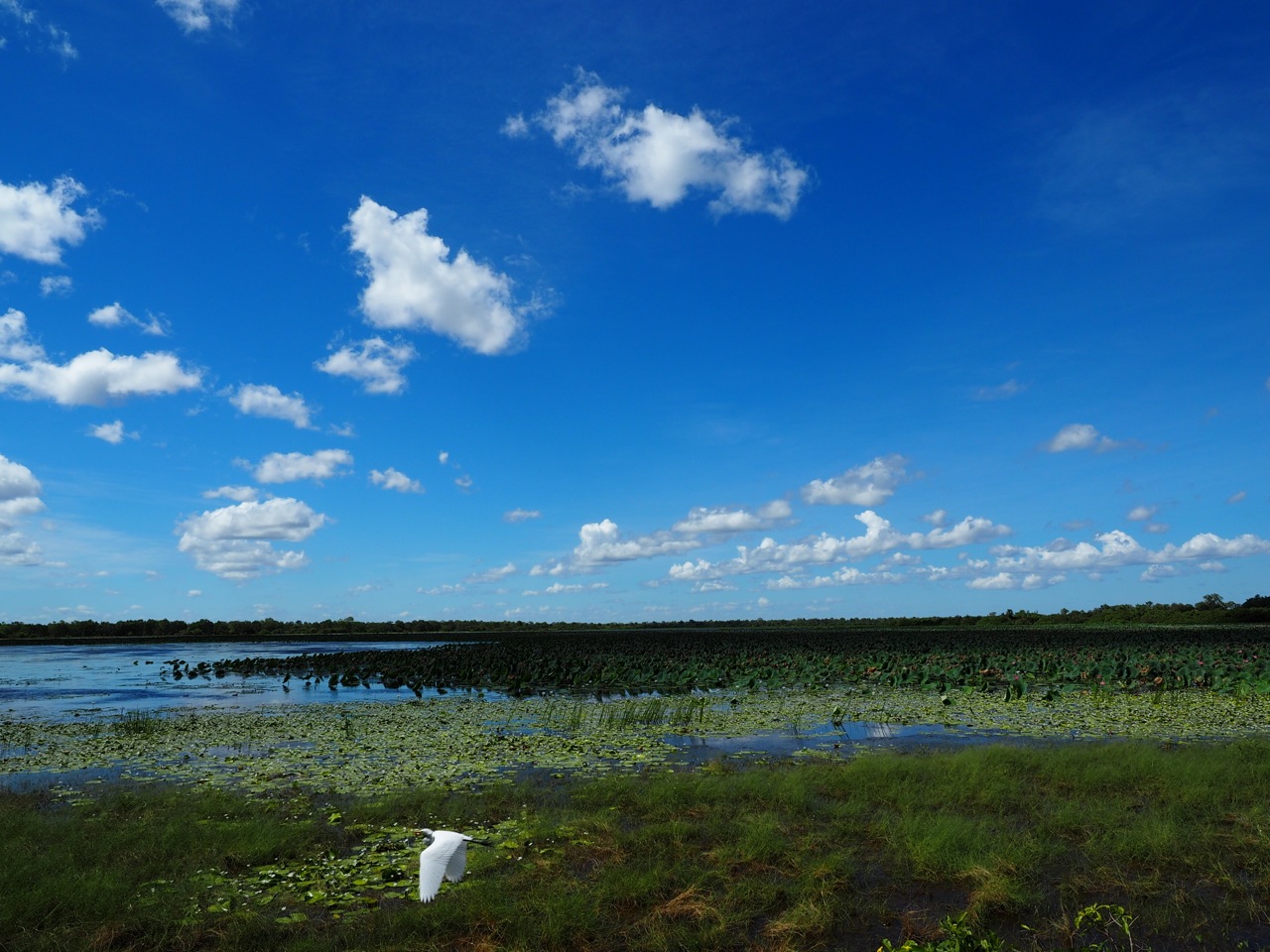 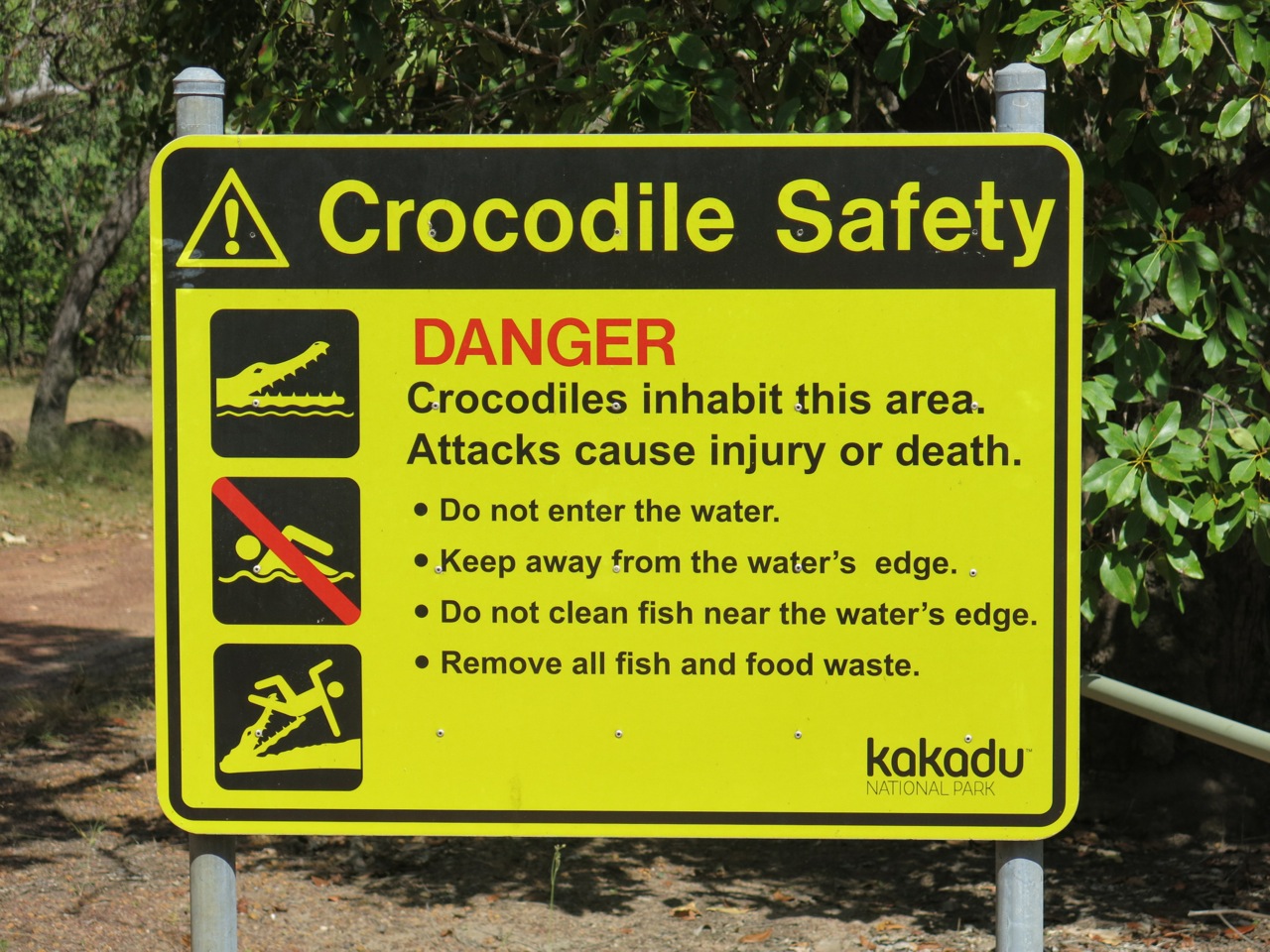 This is the land of Wallabies (a smaller kangaroo), Dingos, Flying Foxes, Crocodiles, Water Buffalos and much more. Birdwatchers will have the experience of a lifetime here! 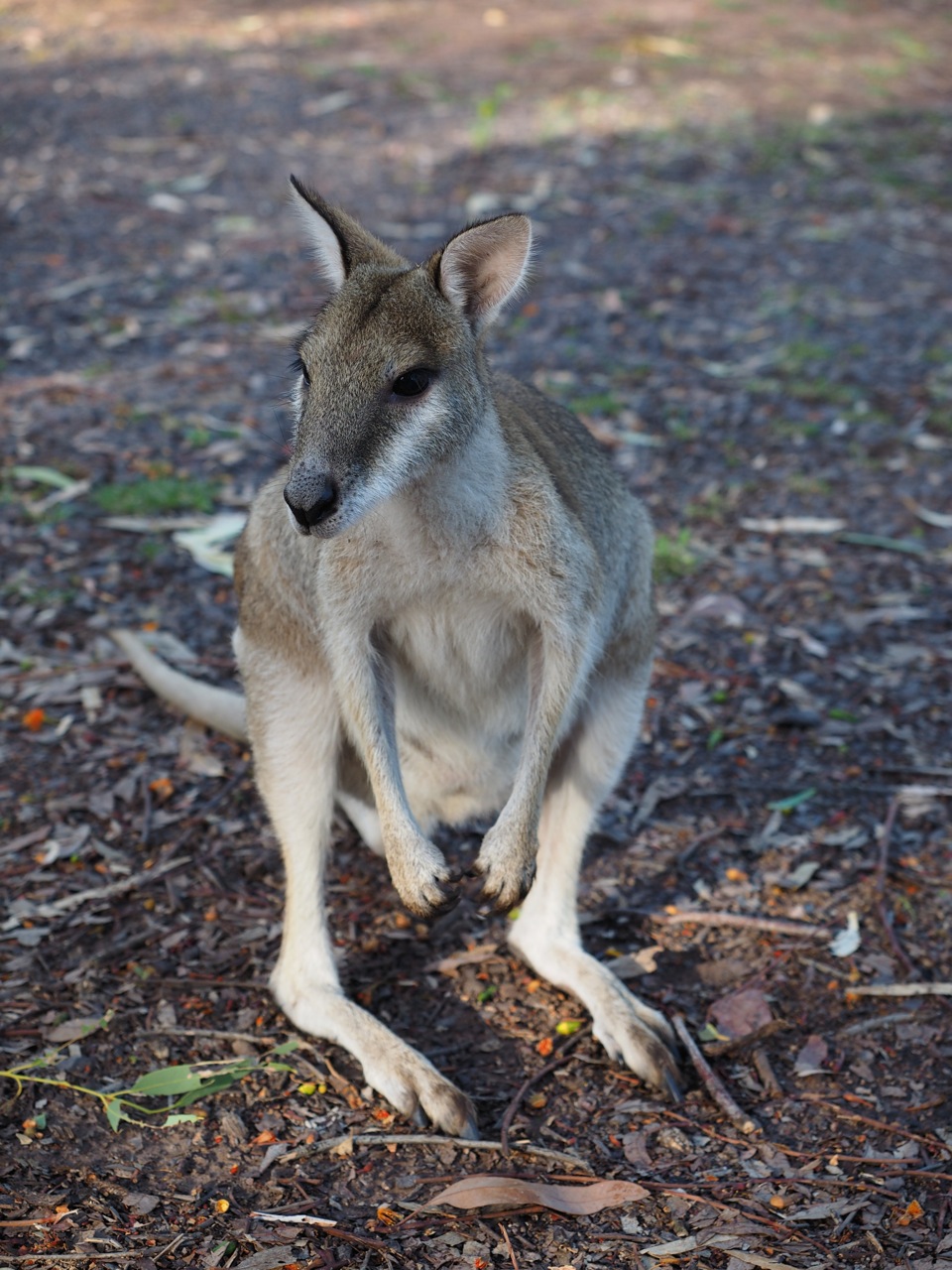 Controlled burning is practiced by the national park in consultation with traditional owners who have used fire as a land management tool for thousands of years. Fire is an important hunting tool for Aboriginal people who use it to flush out prey. The other benefit is that once the fire has gone through an area the tender shoots of the fast regenerating grasses attract wallabies into a clearly defined area. Birds of prey such as Whistling Kites also rely on fire to flush out small animals and are usually found in large numbers circling a fire front. 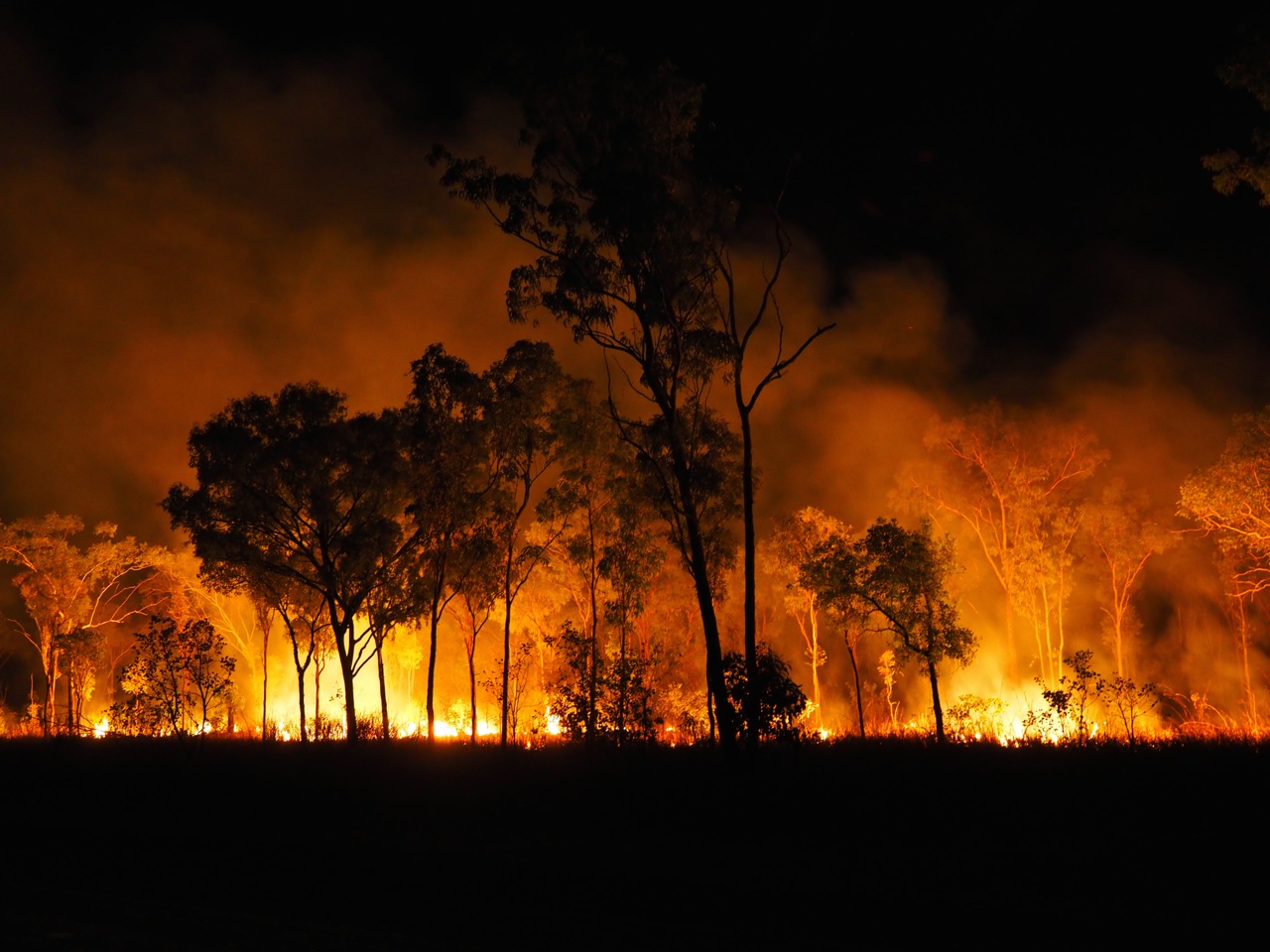 Billabongs and waterfalls, you’ll enjoy these! A refreshing swim after a few hours of driving. During the wet season, salt water crocs (salties) move far inland. Make sure the area is cleared of salties before even going near the water. There could still be sweet water crocodiles, but they’re less agressive as long you don’t interfere with there nesting grounds. 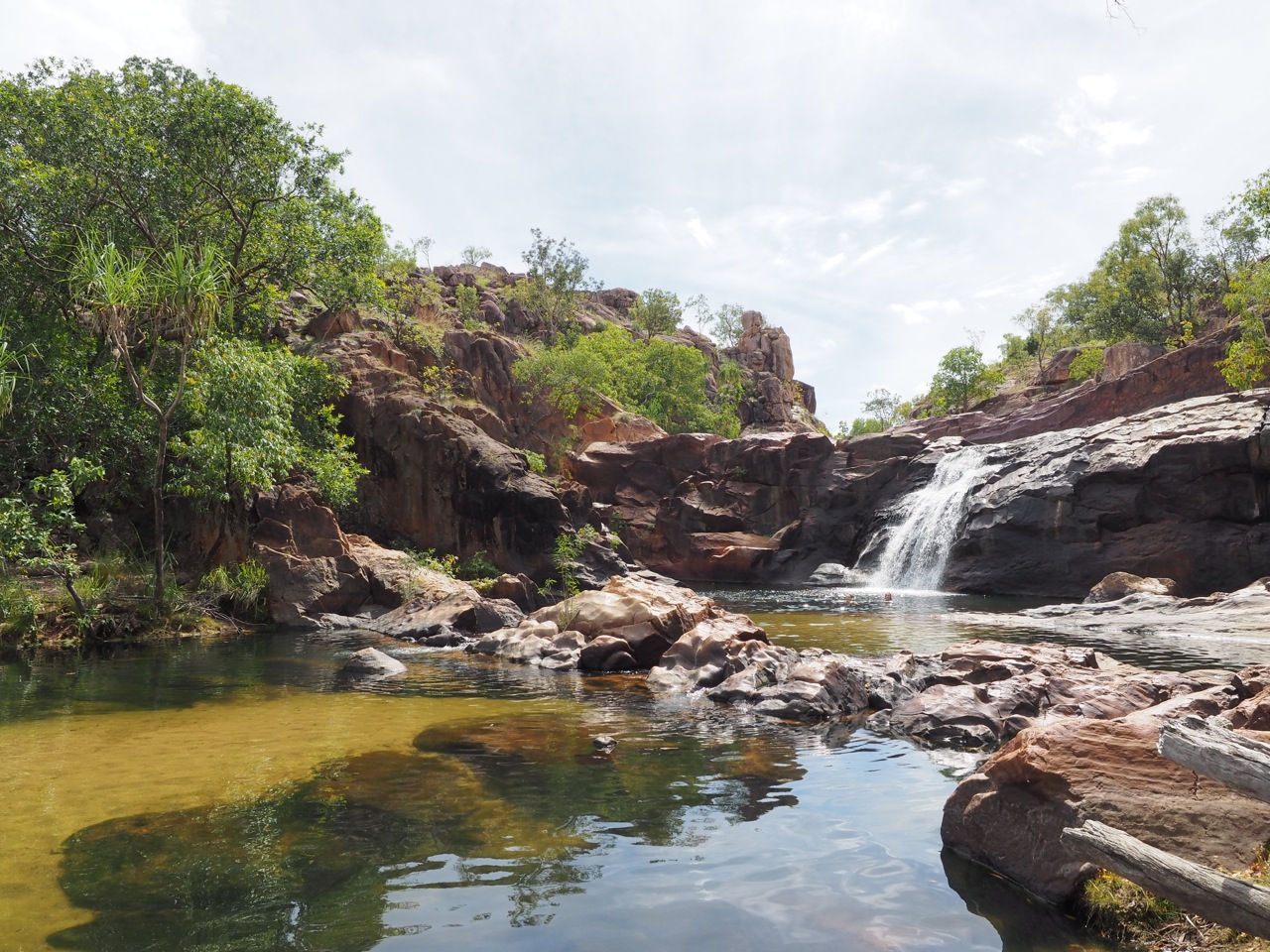 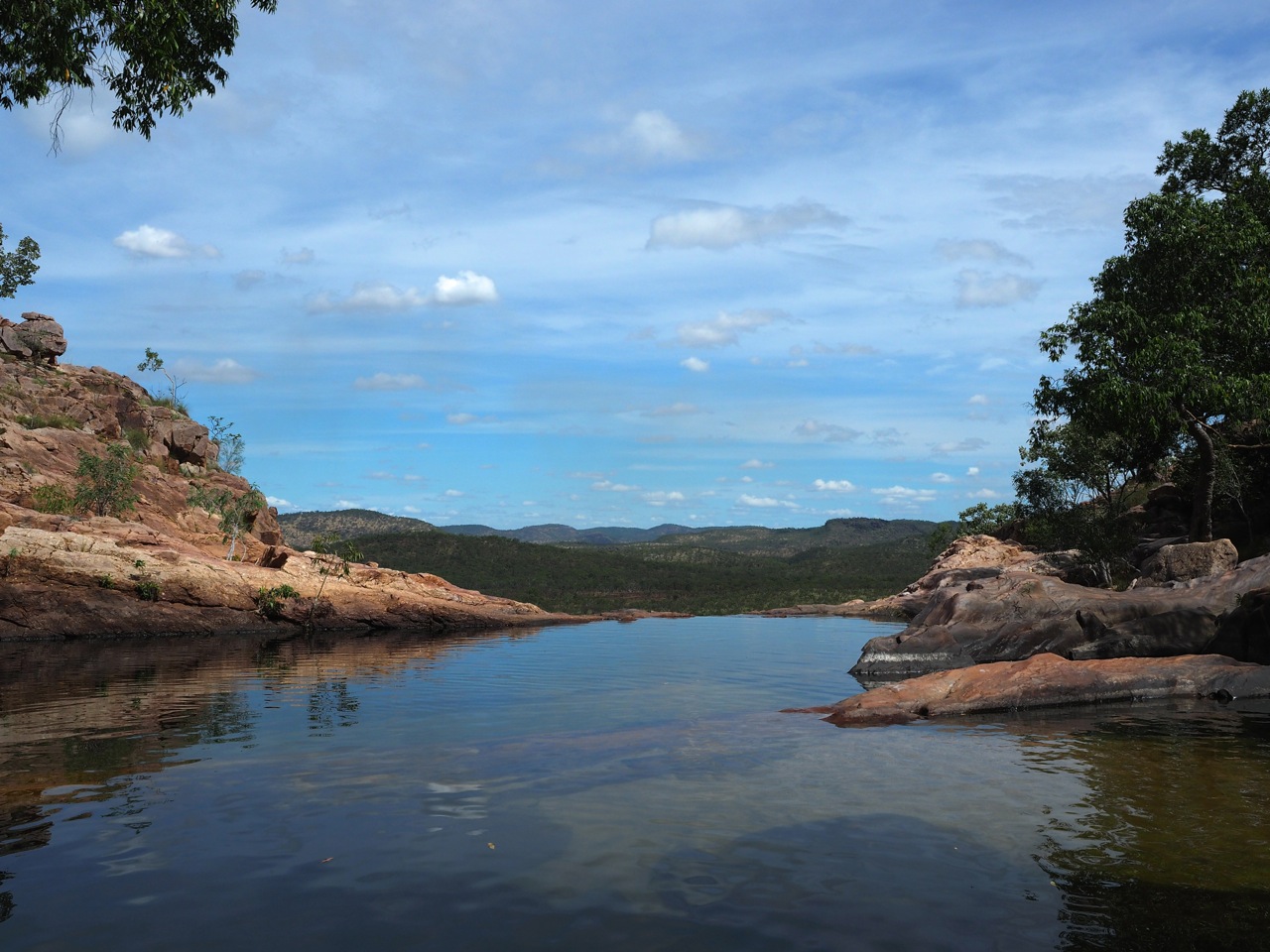 Termite mounds are oriented north-south to avoid the mid-day heat. 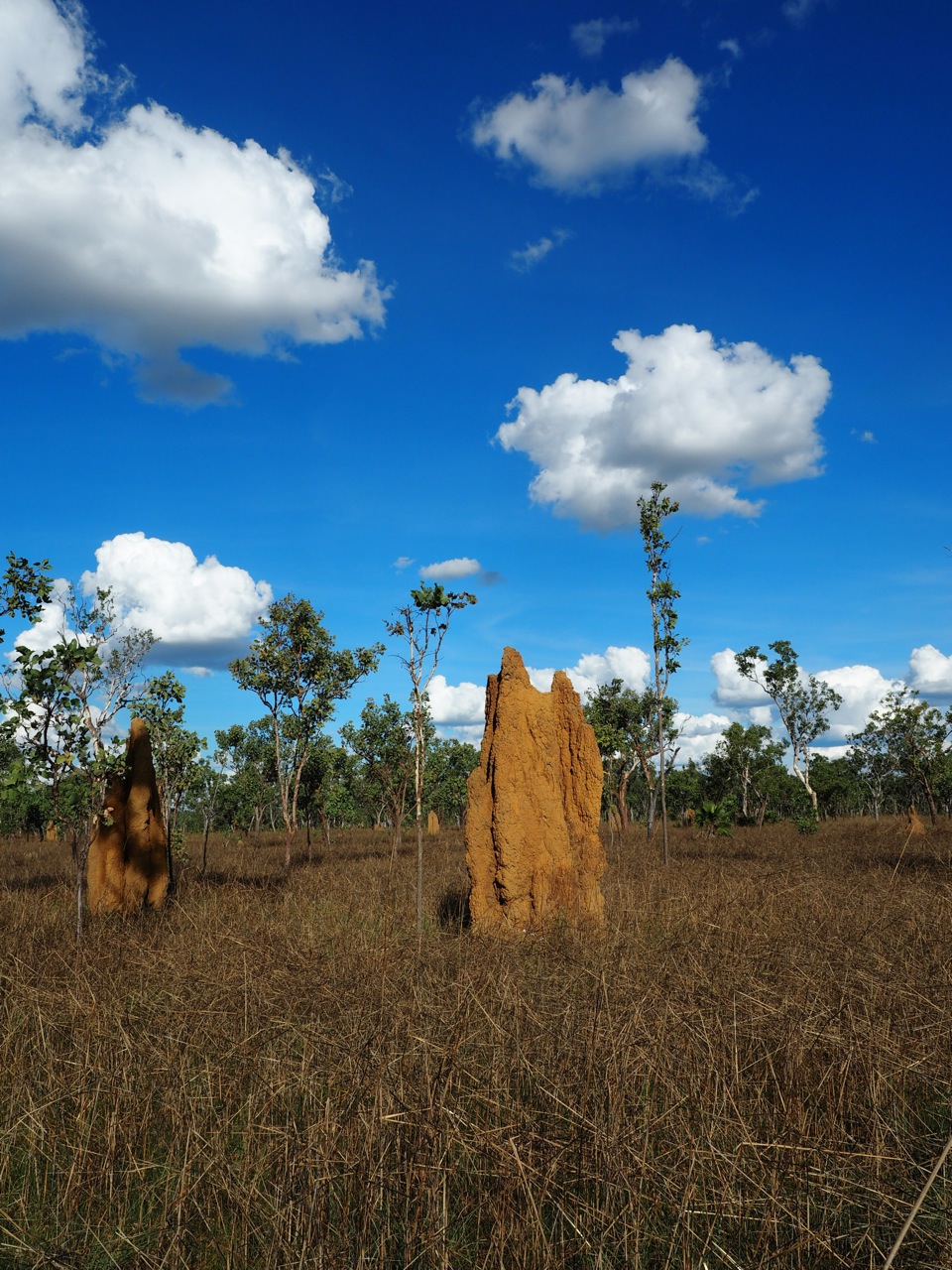 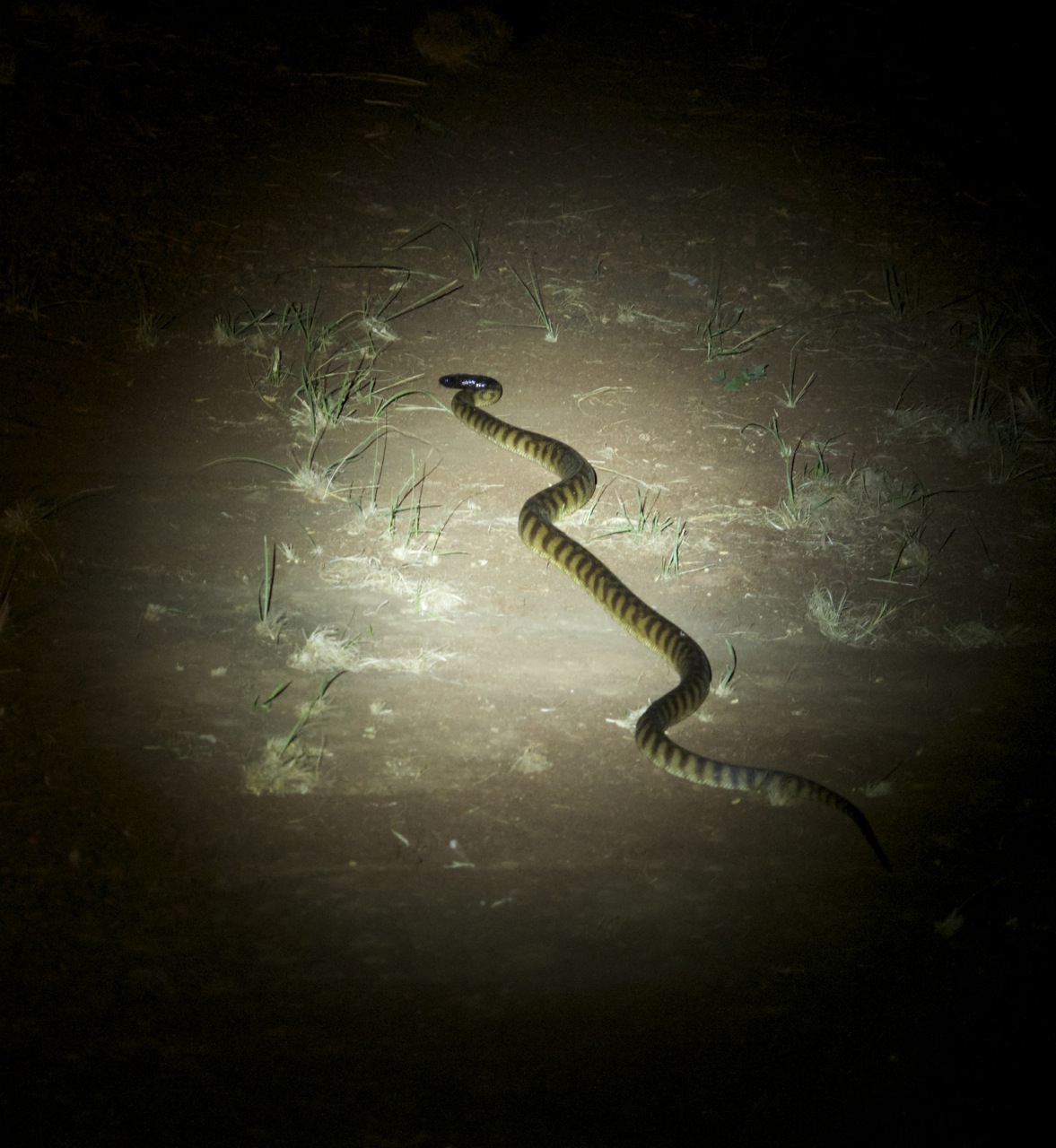